A Leighton Buzzard company has celebrated 45 years in business with a surprise party for one of its founders.

Jackson & Phillips Automotive Services Ltd, based in King Street, was founded in 1971 by the late Dave Jackson and Ron Phillips and was originally located at Eddie Pool’s Yard.

Ron was joined by staff and former colleagues at the surprise party held at the Ashwell Arms in Leighton Buzzard on Friday, February 12.

His son Aaron, a company director, said: “The business was started with a strong focus on customer service and they built a business which is still going strong today.”

The service and repair garage, who specialise in vehicle diagnostics, have won a number of industry awards over the years, including Independent Garage of the Year.

Aaron added: “Our relationship with the Bosch Car Service Network helps us to offer services that most other independent garages cannot, such as offering complimentary roadside assistance with our Silver and Gold services.”

The business moved to Compton’s Yard in King Street, in 1974, starting in a Nissen hut, with expansion and new workshop added later.

Aaron, who joined the company from school in 1995 as an apprentice at 16, said: “I have been here ever since and am now working to continue the great work that Ron and Dave started.” 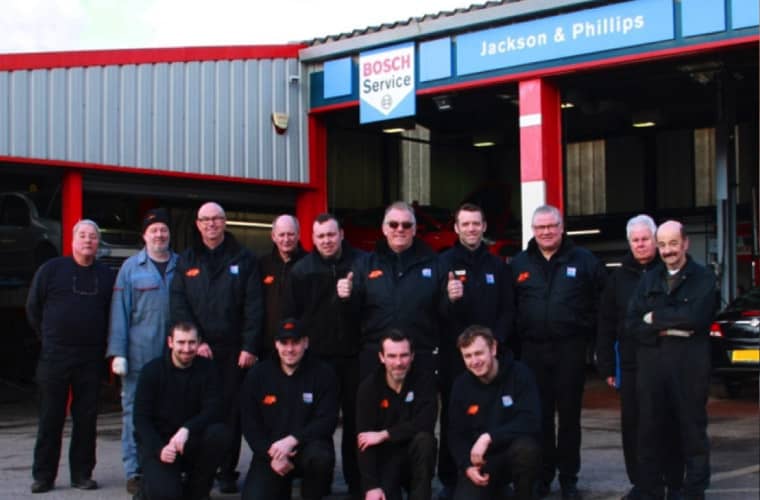